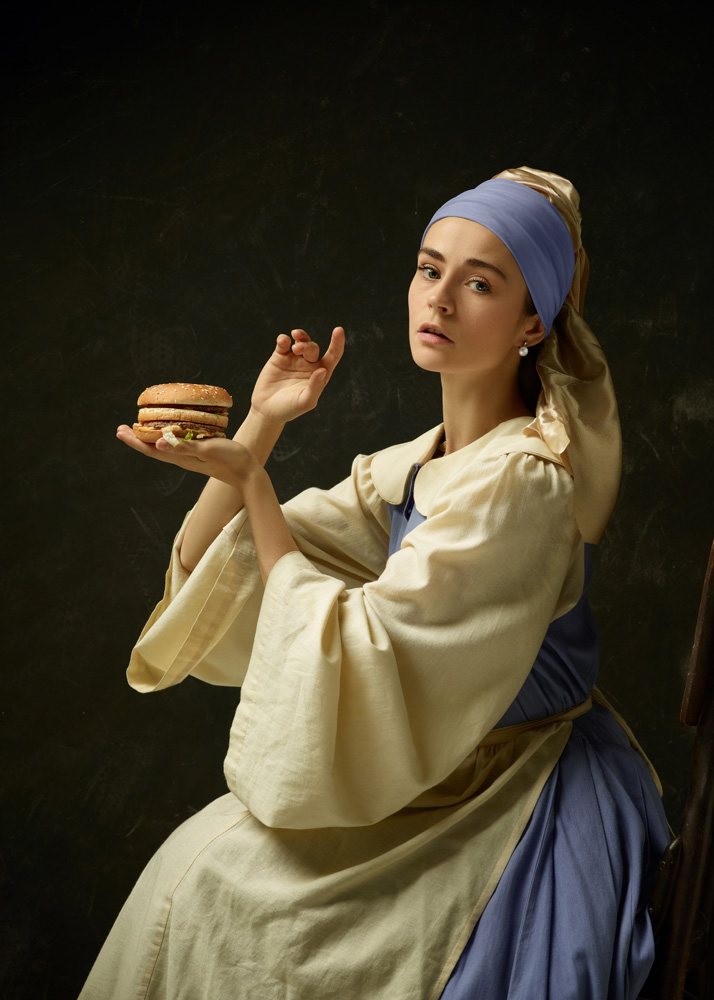 Writing female characters has always proven troublesome for guys, not because women are ‘hard to understand’ or are helpless, but because nearly every culture teaches us that women are trophies under our possession and control.

All other damsel-in-distress narratives have followed in close suit. Even stories that attempt to flip that narrative usually end up painting the ‘strong female lead’ as a corset-wearing beauty who eventually still pines over a ‘good man’ she wants to belong to.

I recently watched Jupiter Ascending (2015) with my sister. Partway through the film, the ‘strong’ female lead named ‘Jupiter’ is shown a statue of a past queen who looks just like her because Jupiter is a genetic reincarnation of this aforementioned queen. At this point in the movie, I thought ‘You know, you could replace Jupiter with that statue and this scene would still work. You could even replace her with a cheeseburger.”

After mentioning this to my sister, she and I wondered how long this particular story could maintain a cheeseburger-swap without breaking any scenes.

Turns out, it was the entire movie.

The two most active roles Jupiter ever plays in the film are to shoot a man in the leg (a man who dies ten seconds later to other causes) and making out with some dude (which killed us, because a dude could totally make out with a cheeseburger).

We now call this “The Cheeseburger Test”, and it’s my standard litmus test for passive characters.

Consider this short narrative. Each time you read the word ‘princess’, try replacing it in your mind with ‘cheeseburger’.

Sir de Franz, a handsome knight of noble birth and notable deeds, rode to the king’s castle and offered to slay the dragon and save the princess. The king told him that the princess was his only love in the world and to please save her. In exchange, he promised that if the handsome knight brought the princess safely home, the Knight could marry the princess and inherit half the kingdom.

And so the knight rode to slay the dragon.

The dragon, upon seeing the knight enter his cave, took the princess between his claws and threatened to devour her.

The knight tossed aside his sword and promised not to harm the dragon if it would only let his princess go. The dragon replied that knights were tasteless beside the delicacy of such a beautiful princess.

And so the knight offered the dragon five princesses in exchange. He led the dragon out of the cave to where five scarecrows dressed to look like fair princesses, but filled with poison, awaited the dragon.

The dragon, never intending to honor any deal with a knight, immediately devoured the five fake princesses, and died.

The knight, victorious, returned to the cave and gently kissed the princess. And they all lived happily ever after.

Characters without physical effect on plot can still be valid characters. Edward Tulane, a china rabbit doll from Kate DeCallio’s “The Miraculous Journey of Edward Tulane” is a very emotional cheeseburger that you care a great deal for.

Kate’s award-winning story works because although Edward does literally nothing—he can’t, he’s a doll—every character that wraps their heart around him is changed by their choice to love something, anything at all, even if it doesn’t love them back. Edward works as a POV character because his journey is internal and he has only one choice: Whether or not to love back.

Most of the time, however, a cheeseburger is just a husk of a character who serves as a trophy or a foil for another character.

Long-time writers might recognize the cheeseburger test as a variation on the “sexy lamp” test invented by Kelly Sue DeConnick. The Sexy Lamp Test has a few limitations, however:

Personally, I prefer the cheeseburger because I relate to it better. It’s fragile, depreciating, single-use, dollar-menu value does a better job of highlighting my accidental objectification of a character when I need to see it most.

Look back at the dragon story one last time, and this time replace the dragon with a cheeseburger. I’ll adjust the story very slightly to accomidate the change.

Sir de Franz, a handsome knight of noble birth and notable deeds, rode to the king’s castle and offered to destroy the cheeseburger and save the princess. The king told him that the princess was his only love in the world and to please save her. In exchange, he promised that if the handsome knight brought the princess safely home, the Knight could marry the princess and inherit half the kingdom.

And so the knight went on a crusade to destroy cheeseburgers.

The knight tossed aside his sword and promised the princess he wouldn’t harm her cheeseburger if only she’d return home.

The knight offered the princess an exchange. He pointed outside the cave to where five sandwiches dressed to look like cheeseburgers, but filled with vegetables, awaited them.

The princess immediately devoured the five fake cheeseburgers, and decided cheeseburgers weren’t to her liking after all.

The knight, victorious and never intending to honor any trade, returned to the cave and gently kissed the princess. And they all lived happily ever after.

This reveals the most interesting lesson of all: Stereotypes have the capacity to degrade characters, even good characters.

We all carry offensive biases. It’s human, so don’t worry too much, but do slow down and ask if the symbols, actions, and rewards match what you really want to tell your reader.